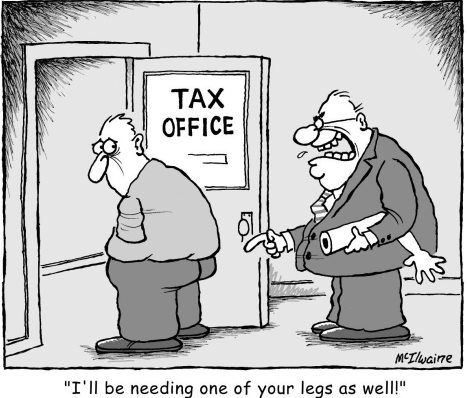 A restaurateur approached me just after he had received notice that his bar was going to be reassessed for HST on unreported sales.  This was a fairly typical situation that many bar and restaurants find themselves in after an audit.  There is always a way to “fight” or appeal these cases, at least in part.  So, I took the case.

I reviewed the auditor’s working papers, he had made numerous errors.  This was an excellent example where an auditor using the correct method arrives at completely erroneous results.  The auditor used the markup method to project sales based on the quantities of alcohol purchased and the bar’s established selling prices.  If you have been reading my previous posts on this method, you know that a number of significant assumptions are relied upon to make the calculation of projected sales.

This case involved a different type of error.  It is crucial that each type of alcohol be classified properly between liquor, wine and beer.  Failure to properly classify purchases in a way that is consistent with the taxpayer’s classification (and prices), can lead to huge errors in the sales projection.  I found the auditor had classified ciders as wine.  For those of you that may be unaware, cider is purchased and sold in cans, just like beer.  Wine is sold by the glass, based on the stated number of ounces per glass.  When cider is classified as wine, the auditor’s projection multiplied the number of ounces of cider sold by the wine price per ounce.  In my client’s case, this error resulted in overstating the projected sales by $19 per can of cider purchased.

An even more egregious error occurred with coolers.  Again, these are purchased by the bottle/can and sold in the same units.  They should be treated exactly like beer bottle sales.  However, the auditor wrongly considered these to be liquor purchases.  Since liquor is sold by the ounce, the auditor multiplied the total ounces of coolers purchased by the liquor price per ounce.  In this case, the auditor overstated projected sales by almost $61/cooler.  Another huge error!

It is always wise to check everything the auditor did during the audit.  Auditors have access to LCBO and Beer Store purchases by licencees.  It is a mistake to assume these figures are correct.  I obtained a listing of all purchases directly from the LCBO under a Freedom of Information request.  The LCBO figures did not match those used by the auditor!  Not only did this help explain part of the “unreported sales” the auditor found, it was further evidence that the audit was conducted in a sloppy manner, casting doubt as to the reliability of the auditor’s findings.

After completing my review of the auditor’s working papers, I was able to completely explain the difference between the auditor’s projected sales and the client’s reported sales.  This work involved a thorough review of all possible reasons that might have given rise to a finding of “unreported sales”.  Unfortunately, the auditor issued the reassessments before I had an opportunity to present my findings.  So…

The next step involved writing up the Notice of Objection to appeal the reassessment for HST.   While the auditor is free to make assumptions, based on an interview with the owner and reports generated by the business, it isn’t enough to simply offer different assumptions.  Any changes in proposed assumptions must be supported by evidence that the auditor’s assumptions are incorrect and that the proposed assumptions are more likely to be true.  I can’t stress this enough.  Failure to provide proper evidence to support your position will doom your appeal.

HST reassessments usually create significant problems, especially for restaurateurs.  Unlike income tax reassessments, even when you appeal an assessment, you still have to pay the balance owing!  Even worse, it takes a long time for HST appeals to be reviewed by the CRA – often two years or more.  In most cases, the amount reassessed is quite considerable and can severely impact cash flow, even if it doesn’t push the business into bankruptcy.

In this case, the client got both lucky and unlucky.  Let me explain.  He got lucky when the CRA started to review the appeal after only one year after it was filed.  He got unlucky when the CRA proposed reassessing the company and him, personally, for income taxes related to the “unreported sales”, based on the erroneous audit findings.

I was able to get one of the personal tax reassessments quashed as it had become statute-barred.  I got the CRA to hold off on reassessing the other year until the appeal had been decided.  Unfortunately, they proceeded to reassess two years of corporate tax returns.  This required a separate Notice of Objection.

Most of the information required to complete the Notice of Assessment had already been gathered and presented for the HST appeal.  I filed the new Notice of Assessment and requested that it be handled by the same appeals officer who was dealing with the HST objection.  Within a few months this did happen.

It still took a couple of months for appeals to come to a final decision.  Just before Christmas, I received a call from the appeals officer telling me that both appeals would be allowed in full and the reassessments would be reversed.

All told, the appeal saved my client about $250,000 in HST, income tax, penalties and interest.  My client could sleep peacefully once again.